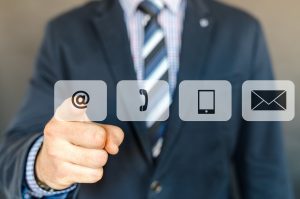 Business Rescue means proceedings to facilitate the rehabilitation of a company that is financially distressed by providing for-
(i) the temporary supervision of the company, and of the management of its affairs, business and property;
(ii) a temporary moratorium on the rights of claimants against the company or in respect of property in its possession; and
(iii) the development and implementation, if approved, of a plan to rescue the company by restructuring its affairs, business, property, debt and other liabilities, and equity in a manner that maximises the likelihood of the company continuing in existence on a solvent basis or, if it is not possible for the company to so continue in existence, results in a better return for the company’s creditors or shareholders than would result from the immediate liquidation of the company;

Means a plan contemplated in section 150;

Means a person appointed, or two or more persons appointed jointly, in terms of this Chapter to oversee a company during business rescue proceedings and „practitioner‟ has a corresponding meaning;

In reference to a particular company at any particular time, means that-
(i) it appears to be reasonably unlikely that the company will be able to pay all of its debts as they become due and payable within the immediately ensuing six months; or
[Subpara. (i) substituted by s. 81 of Act 3/2011]
(ii) it appears to be reasonably likely that the company will become insolvent within the immediately ensuing six months;

The board of a company may resolve that the company voluntarily begin business rescue proceedings and place the company under supervision, if the board has reasonable grounds to believe that-
(a) the company is financially distressed; and
(b) there appears to be a reasonable prospect of rescuing the company

Within five business days after a company has adopted and filed a resolution, as contemplated in subsection (1), or such longer time as the Commission, on application by the company, may allow, the company must-
(a) publish a notice of the resolution, and its effective date, in the prescribed manner to every affected person, including with the notice a sworn statement of the facts relevant to the grounds on which the board resolution was founded; and
(b) appoint a business rescue practitioner who satisfies the requirements of section 138, and who has consented in writing to accept the appointment.

After appointing a practitioner

If a company fails to comply with any provision

Are your company financially distressed?

We have the solution for you.

We can assist you with the process by restructuring its affairs

We are here to assist you