When a divorce is taking a long time to finalise or when one of the spouses is a homemaker with no income. Therefore,  the law provides a mechanism in terms of Rule 43 that can be used to help spouses during a divorce to provide for the interim period until the divorce is finalised.

Rule 43 of the High Court and rule 58 of the magistrate’s court provide an interim measure to help an applicant quickly and with minimal legal costs. Hence,  in the law, this is called interim relief. Rule 43/58 can be used for one or more of the following:

Rule 43/58 deals with many of the issues that will ultimately be dealt with in the final divorce actio. Therefore, it is , an interim solution. An extremely acrimonious divorce can take years to finalise and spouses need to be safeguarded during the divorce process.

In terms of the equality provisions in the Constitution, a divorcing wife who has no income is entitled to a contribution to her legal costs to ensure she has an equal opportunity to defend her case.

Depending on the circumstances, such an application can be brought: 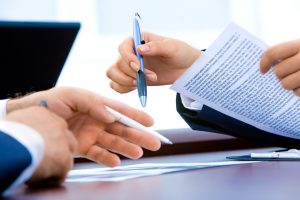 An applicant is entitled to interim relief depending on the living standards of the parties. In applications of this nature, an applicant must show that he/she has insufficient means and that the respondent can afford to meet the amounts being sought.

The spouse seeking an interim relief order (the applicant) will file a notice and affidavit (referred to as a founding affidavit) with the court setting out the facts relating to the divorce and why the spouse is of the opinion that he/she is entitled to relief from the spouse against whom relief is sought (the respondent).

The applicant will need certain prescribed documentation to lodge an application for interim relief, including: 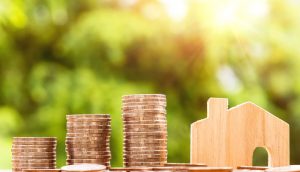 Often one party, usually the wife, will not be in a position to institute or defend a divorce due to a lack of financial means. Rule 43(1) and (6) provides a mechanism whereby a party can claim a contribution to legal costs at the commencement or prior to the divorce proceedings and two or more such applications can be made before the first date of trial.

An applicant must be put into a position to present his/her case adequately and if one party for example embarked on litigation on a luxurious scale by paying exorbitant amounts to his attorneys a court will assist the other party. ln exercising its discretion in the determination of the amount of the contribution towards costs to be awarded, the court is bound by section 9(1) of the Constitution, Act 108 of 1996, to guarantee both parties the right to equality before the law and equal protection of the law – the equality of arms.Where an applicant claims a contribution towards his/her legal costs, the following principles will apply:

In Nicholson v Nicholson 1998 (1) SA 48 at page 50C-E where Wunsh J said the following: “The question to be considered is what the applicant needs for reasonable proceedings. The cases were reviewed in Dodo v Dodo 1990 (2) SA 77 (W). The applicant is entitled, if the respondent has the means and she does not have them, to be placed in the position adequately to present her case, relevant factors being the scale on which the respondent is litigating and the scale on which the applicant intends litigating (I would have qualified this by reference to what is reasonable having regard to what is involved in the case), with due regard being had to the respondent’s financial position.”

Easy online form to complete, we will do all the work for you. Divorce can be completed in 6 – 8 weeks.

We are here to assist you